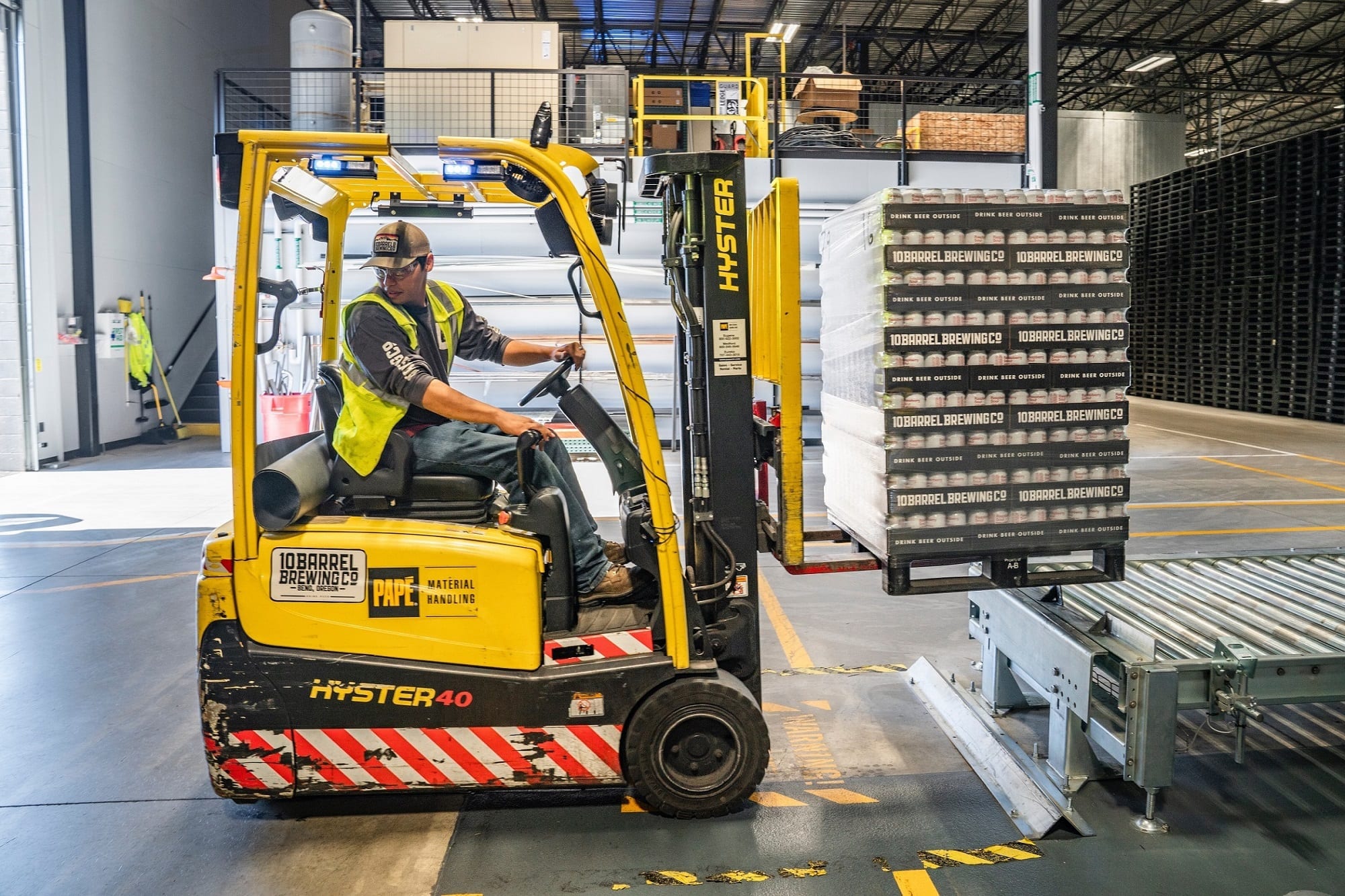 What is warehousing?  That’s a question I was asking myself not too long ago.  I had never heard of it, but now that I understand it, the concept is quite simple.

Warehousing, in its simplest form is the storage of goods for others.  Generally it means storing goods that are palletized, which means stored on a pallet.  Storing goods on pallets allows the warehouseman to move them around easily using a forklift or pallet jack.  Warehouseman is the term for someone who works in, manages, or owns a warehouse.  In today’s world, it should probably be changed to warehouseperson, but for now, the term warehouseman is still in common use.  For this article, I will just use warehouse worker. 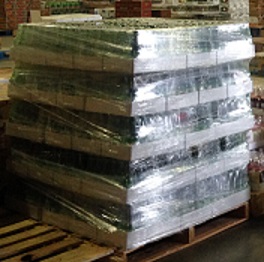 This means stacking them on a pallet and wrapping them with shrink wrap as shown in this image. Then they are stable enough to move safely with a forklift or pallet jack.

But warehousing is a dynamic process.  Depositors of goods generally need to withdraw the goods before too long so they can distribute them to their customers.  To do this, the depositor issues a request to the warehouse operator indicating which stored goods they would like to withdraw.  They do this by providing a written product release, often in the form of a purchase order.  A dock appointment to pick up the goods is then set and the warehouse worker fills the order.  If it’s a simple in and out, the warehouse worker simply moves the pallets from their storage location to the warehouse dock staging area to prepare for pickup.

Most of the time, however, the goods are not withdrawn in the same configuration in which they were originally stored.  For example, imagine a soda manufacturer that stores 6 flavors or bottled craft soda in a warehouse.  Originally a pallet of each of the six flavors was deposited in the warehouse.  Now, the soda company’s distributor has orders for 12 cases of each flavor.  The depositor issues a product release allowing the warehousing company to release the soda to the distributor. The warehouse worker gathers 12 cases of each flavor together on a pallet, and prepares it for shipping.  This repalletization of mixed goods is a huge convenience to the depositing company and the distributor.  All the distributor has to do is pull up to the dock.  The warehouse worker loads the pallet of goods onto the truck, provides the distributor a bill of lading, and off they go.  These goods are subtracted from the depositor’s stored inventory.

As you can probably tell from this article, warehousing is mostly used by businesses involved in the manufacture and/or distribution of a product.  It can be so much more convenient and cost-effective to store goods on pallets in someone else’s warehouse than to rent an entire warehouse in which to store the goods.  Generally, for a warehouse space to have a truck dock, it must be around 10,000 square feet or larger.  If you only need to store, say, 100 pallets of goods, or even 500 pallets of goods, you don’t need your own 10,000 square foot warehouse.  Also, if you manufacture the goods, say, on the East Coast, but have some distribution in Northern California, it would probably make more sense to warehouse your goods in someone else’s Northern California warehouse, than to rent an entire 10,000+ square foot warehouse on the West Coast.  It’s always cheaper, per unit, to ship an entire container of goods from coast to coast than it is to ship just a few pallets.  Warehousing allows you to ship the whole container of goods and then store it in a convenient, centralized location for your distributor to access.

Warehousing is often located near urban hubs, or in centralized locations with access to many surrounding communities, allowing for easy product distribution.  Our warehouse, for example, is located near Sacramento, CA.  Sacramento is at the heart of Northern California.  Sacramento itself is a sizable city and it is also located two hours or less to most of the Bay Area, Silicon Valley, much of the Central Valley, and most of the rest of Northern California.

I encourage you to consider warehousing as an inexpensive, efficient, and convenient way to store goods that you manufacture or distribute.