Beverage Distributors work quietly in the background delivering sodas, juices, teas, waters, spirits, beer, wine, and other delicious drinks to your local stores, restaurants, bars, entertainment venues, and more. Pepsi, Coca Cola, and Anheuser-Busch are probably three of the most well known beverage distributors in any market worldwide, but in your local area there are a plethora of other smaller craft beverage distributors delivering unique specialty beverages daily. These are the fun and different items like locally brewed beer, nostalgic craft sodas, new sparkling waters, relatively unknown teas from around the world, and so on.

If you own a restaurant, bar, convenience store, grocery store, deli, coffee shop, liquor store, neighborhood market, cafe, candy store, food truck, or something similar, it’s important that you have access to delicious beverages to provide to your thirsty customers. If your store is at all unique, you also want to stand out from the competition. Everyone sells Pepsi, Coke and Budweiser, and your customers can buy Pepsi, Coke and Budweiser at any restaurant or store. You probably spent a lot of money building your unique vision at your place of business. Now set yourself apart by offering your customers distinctive delicious beverages that they can’t get just anywhere.

There are a number of craft beverage distributors in Sacramento ready to serve you. They generally deliver once a week directly to your back door with wholesale pricing, saving you time and money by making it so you don’t have to go out searching for what you need at beverage or restaurant supply stores, or even at Costco.

Blue Dog Beverage began as a nostalgic craft soda distributor in 1999 and has expanded over the years to sell over 700 craft beverages in Sacramento, east into the foothills and up to the Tahoe area, west into the Bay Area and East Bay, south into the Central Valley, and north towards Chico and Redding. Blue Dog Beverage primarily sells non-alcoholic beverages. They range from nostalgic craft sodas such as Dad’s Root Beer and locally made River City Brand Sodas to Teas, Juices, Mineral and Spring Waters, Sparkling Waters, Energy Drinks, and more. While Blue Dog Beverage serves some large grocery chains, its focus is on serving the local community, especially independent grocers, restaurants, bars, convenience stores, delis, cafes and so on.

Golden Brands is owned by Reyes Holdings and is part of its Beer Division.  Reyes Beer Division is the largest beer distributor in the United States.  Golden Brands distributes a broad selection of beers including import, domestic and craft beers.  They deliver to grocery and liquor stores, convenience stores, taverns, restaurants, bars, event venues and more. Though they have national reach, in Northern California they have nine facilities and distribute from the California coast to the Sierra Nevada Mountains to Silicon Valley. They serve more than 16,200 customers in Northern California and offer over 2,200 different items. Golden Brands distributes primarily alcoholic beverages including beer, ales, ciders, lagers, wines, wine-spritzers, and pre-mixed cocktail spirits.  They also offer a small selection of non-alcoholic beverages including energy drinks, canned coffees, water and non-alcoholic beers. 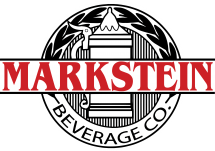 Markstein began delivering beer out of a horse-drawn wagon in the Sacramento Area just over 100 years ago in 1919. Today Markstein remains one of the top beer distributors in the Northern California. Markstein’s territory stretches from the Bay Area in the West to the California/Nevada border in the East. It runs from the Chico area in the North and down to Elk Grove in the South. Markstein sells a large variety of beer from local sources and from around the world. You will find well-known world-wide brands such as Budweiser as well as local craft brands such as Sudwerk and Firestone. Markstein also sells hard ciders and non-malt alternatives to beer such as hard seltzers. They also carry a small selection of non-alcoholic alternatives as well such as coconut water, energy drinks, and Mexican sodas.

Mussetter Distributing is headquartered just outside of Sacramento in Auburn, CA.  Rich and Kim Mussetter started out in 1976 as a distributor of well known beer brands such as Miller, Corona, and Heineken.  Today the company has evolved to focus on local craft beer and ciders.  In fact, Mussetter distributes more local craft beer and ciders brands than any other distributor in the Sacramento region, but that’s not all they do.  Mussetter also distributes imported beer, hard kombucha, hard seltzers, wine, craft spirits, mixers, and a short list of non-alcoholic products.  They are the distributor of Legado Straight Rye Whiskey which is a local women-owned brand of craft Whiskey.  Mussetter focuses its distribution in 10 Northern California counties that stretch from Vallejo to Tahoe and Rio Vista to Chico.

Albert Saccani started Saccani Distributing Company in 1933, just after the end of prohibition.  Saccani serves 21 counties in Central and Northern California.  Saccani’s distribution stretches from the Oregon border in the North to Vallejo in the South and east to the Nevada Border.  Saccani distributes local craft beer, other domestic and imported beers, spirits, ciders, and a broad selection of non- alcoholic waters, juices, teas, energy drinks, and soft drinks.

If you are looking for craft beverages to set your business apart, you have some great local distributors to choose from in the Sacramento Area.  Start by thinking about the image you want to project with your business, and the product mix you think will help you do this.  Then take a quick look at the catalogs on each of the distributor’s websites.  Find products you think would fit and then give them a call for pricing, delivery schedules, delivery minimums, and so on.  While on the phone, ask for suggestions of other items that might fit what you are looking for.  Distributors bring on new, exciting items all the time and they may not have made it up onto their website yet.  Happy shopping and wishing you the best in your business.

Leave a Reply Cancel Reply
Categories
Login to Blue Dog Beverage
Reset Password
Enter the username or e-mail you used in your profile. A password reset link will be sent to you by email.